When Jamaal started high school, he had already been involved with gangs for a year. Like many other young men, associating with or being formally involved with gangs and gang related activities was a rite of passage. Upon entering the tenth grade however, Jamaal’s affiliations caused him trouble at school. On several occasions he found himself having to fight to fend off others.  While his grades remained mediocre at best, his behavior created a “rap sheet” on him a mile long.

When asked about this time in his life, Jamaal recounts, “There were a lot of calls [home], almost like every day.”  Jamaal’s life was quickly taking on a negative trajectory when a friend of his suggested he attend this “group” with him. Jamaal enthusiastically accepted the invitation, hoping it would get him out of class.

Unbeknownst to him, he was attending The Brotherhood Program, a group of young men who meet weekly as a part of the Do You Want to Live or Die? (DYWTLOD) gang prevention initiative. When Jamaal entered the Brotherhood group, he was met with adult men and other boys who shared their experience. In addition, the young men were taught practical skills.

“Mr. Gilkey (The director of DYWTLOD) was a great support. When I first started going to the group, I was still getting into trouble.  [Mr. Gilkey] would come to the school and the problem would get solved. He talked to me and taught me other ways to handle situations and be more respectful,” Jamal said.

Jamaal was ready to change and felt the process was not difficult, except when he chose to denounce gang affiliations and activity totally.

“People will see you and know you from that time, you know, when you were in the gang.  I was thankful for the group during these times. I had other people to support my better decisions.  It was still hard not to retaliate but the support helped,” he said.

Participating in Brotherhood gave him a chance – a chance to learn how to speak to people (before he would never talk to strangers), speak to women respectfully and have respect for himself while beginning to plan a future.  Most of all, it gave him a proper support network.

Jamaal graduated in May of 2011 and received a full scholarship to WATC.  He works full time and cares for his newborn daughter.  He smiles big and bright when he speaks of his future, a future that wouldn’t be possible without donors like The Downing Family Foundation. 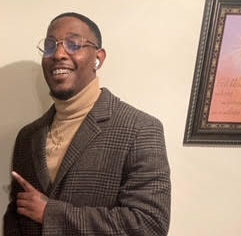