When the first TOP Early Learning Center opened its doors in Oaklawn back in 2004, we knew the kids who attended there would have brighter futures. That is certainly true of Zoe Rice (who now uses her mother’s maiden name Sisco). She is one of TOP’s very first college graduates!

She matriculated from Emporia State University earning a B.S. degree in political science while maintaining a 3.5 grade point average. An overachiever, she obtained her degree in just three years. Prior to that, she attended high school in Belle Plaine, where she graduated with a 3.8 grade point average and attended classes at Butler Community College concurrently. Now she plans to pursue her master’s degree at Wichita State University in the fall, majoring in public administration.

“I want to work with nonprofits specifically like mental health oriented nonprofits to find grants and government subsidies and things like that,” said Sisco of her career plans.  She added that her dream job would be as a grant writer for a mental health nonprofit or civil liberties nonprofit. “I’ve been researching LBGQ or like I said civil rights grant writing and lobbying and that type of path.”

Sisco said her interest in mental health is because she, as well as many others, has struggled with anxiety. She wants to work for an organization that can provide help to a large number of people.

For now, she has moved back to Oaklawn, living with her grandmother who has been a resident for nearly 30 years, and looking for a job during the COVID pandemic. She plans to work fulltime while attending graduate school. After that, she and her boyfriend have discussed relocating to Seattle.

“I’ve been there a couple of times and I just love the atmosphere. It’s city but it’s not. The city is so clean and it’s by the ocean. The weather is not near this hot. I think it will be a change for me but it’s where I want to go. At least it’s a start. I like to travel; I’ll move all over before I get comfortable,” she said.

Sisco is no stranger to travel. She bears a tattoo of a globe, and said it represents her journeys. The last time she counted, she had visited 36 states and 13 countries.  In fact, two summers ago she taught English in South Korea and studied at a Korean university. However, her first big trip was to Norway in 2015 as part of an exchange program.

Life hasn’t always been so bright for Sisco and her family. During her mother’s senior year at Derby High School she became pregnant with Sisco but was determined to finish school and go on to college herself. Sisco said her mother and grandmother watched as the big yellow building (TOP South) was being built. “My mom was interested, and I was about the right age, so she reached out and was able to score me a spot.”

That spot allowed her mother to work while finishing high school and then go on to Wichita State University to complete a bachelor’s degree in social work and then a master’s in public administration. She is currently the director of homeless services at United Methodist downtown. “She’s been all over. She’s practiced social work through what is now DCF (Department of Children and Families). She worked with them in Sedgwick County and Sumner County and then she did purchasing for Sedgwick County. She’s done a few different things over the years,” said Sisco, adding, “She is in the Army National Guard now and keeps herself busy.”

Sisco said she believed TOP had a hand in helping her mother become successful. “More from the angle of her knowing where I was during the day and that I was safe and taken care of. That allowed her to be more productive in school and work, which you know, eventually led to her graduating and bigger and better things. So, I would definitely say that TOP had walked us through that time, being a young mom with a young kiddo and we were eventually able to move out of Oaklawn and move out of my grandma’s house. She couldn’t have done that without a degree.” 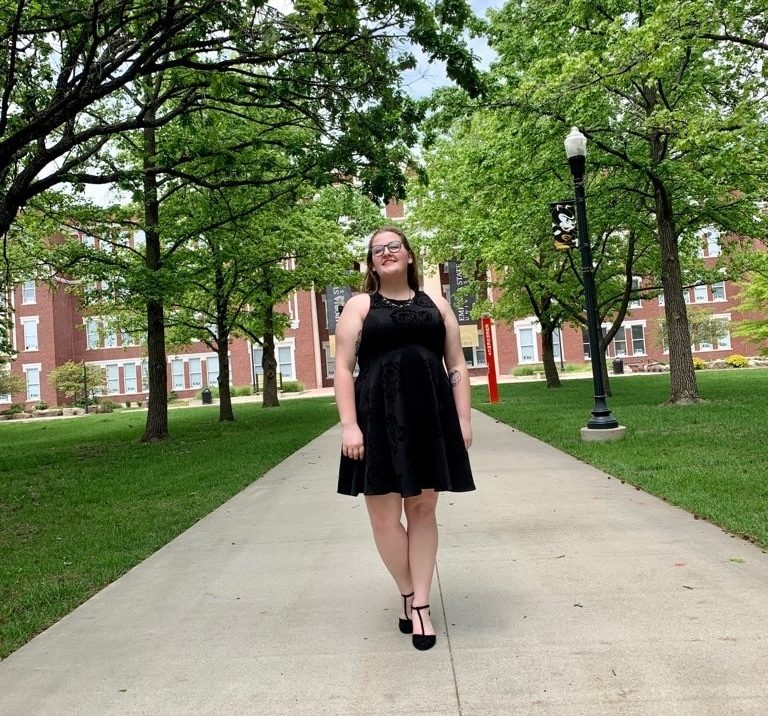